Sticks and Stones and ... DON'T EVER SAY THAT

Race relations always seem to find its way into my books. Maybe it’s because I'm from Virginia, or my childhood, how I was raised. Either way, it’s not always by design but it’s there, creeping onto the page... Racism, bigotry, injustices large and small. Yep, that’s me, never afraid to let it rip.

Me the author? Fearless. But me the dad? Not so much… 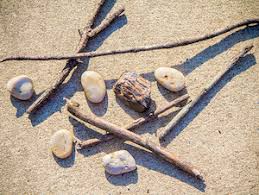 The other day my eight year old son came home and told me he'd learned the N-word.

I stopped whatever I was doing. I froze. I found myself getting angry, blaming people. I gave the word all the power it needed to thrive.

Eight years old. And while he knew there was such a thing as the N-word, he didn't know what it was or what it meant. All he knew was that it was off limits. Now he'd overheard it, from a kindergartner, of all things.

He was shy about it, unsure, his eyes wide. He hadn’t said it right, hadn’t wanted to say it at all. I asked all the wrong questions. Where did you hear this? Who said that? I looked at my wife, like, How did this happen? That we were in our kitchen and he should’ve been telling me about a game of tag, or even freaking Minecraft. Instead, this precocious, beyond-his-years kid, was asking me about the N-word.

My skin lit up. My breath caught short. Of all the talks I’ve had with this kid, about any and everything, from Coronavirus to Trump to more recently the Capitol riots, this was the one I’d secretly wanted most to avoid. Like so many other white people, I thought (hoped) that because we weren’t racist, because we didn't use words like that, well, he would never encounter it.

It wasn't that we had never talked race before. But now, as he asked me about this terrible word, I could only cringe. I imagined him saying it, unknowingly, just because it was a bad word. Last year, pre-Covid, back in first grade when he learned the F-bomb it was like some sort of secret power he held in his mind.

But this word is different. It’s heavier. It’s…

…That kid in the woods when I was five

How could I expect my son to magically understand the power of this word?

I couldn't. Instead, I let him watch me stammer and stutter and nearly scold him on how he was never, ever to use that word under any circumstance.

And I could tell he wanted to know why. This kid who once told me he wanted to learn every word. Why was this bad word different than other bad words?

As adults, or parents, I think sometimes we assume our kids know stuff we take for granted. But again, I can't expect my kid to somehow just get it. To understand exactly how horrible this word is, to grasp the back breaking weight of it. Because it's not just a bad word, it's... much uglier than that. It carries a history that many of us wish to forget.

But we can't forget. Because it's still there, on the tip of a kindergartner's tongue.

And while trying to raise a kid without that kind of hate or ignorance, it's been easy to pretend none of it exists. When we’d discussed the Civil War, we'd touched on slavery as this awful thing in the past. But was that enough? To explain that word? Why it still lingers?

We hear all the time about black father’s having the talk with their sons. And that’s devastating. From that context, I'm lucky. Here I'm worried about my kid using a word that is off limits when some parents are having life and death discussions.

Yet at the same time can I honestly look at this little white kid before me and tell him racism was something in the past? Pretend it doesn't exist? I thought I could, hoped I could.

…A coworker, with a nudge, when it was just him and me in the van

…A friend of a friend’s father, at the dinner table

And later that night, in bed after I had some time to think about it, I could only try to explain. To help him understand what has happened and how that word came to be. I could only tell him what I've witnessed. The damage a word can cause.

I haven't felt it, not like my friends have. But I’ve been close enough to its hurt, the tears, the anger and rage it carries. I’ve watched it hit my friends full on. I've seen their reactions. I've heard my friends use it in an attempt to take the word back, in songs when it was reclaimed and rearranged.

From there, we talked about hatred and atrocities. We talked about the Holocaust, about Hitler and what he he'd done to the Jewish people.

Then we talked about slavery. We talked about all men being created equal. We talked owning humans, their ancestry. We talked segregation, Jim Crow, and Ruby Bridges. What it must have felt like when she walked into school each day, that word being slung at her like a brick.

Imagine how that felt?

It was a lot for an eight year old. But I realized by shying away from it, I’d only delayed the inevitable. I thought since I didn’t talk like that it would be enough.

But it wasn’t enough.

I need to take my own advice.