I like to grill in the wintertime. Even if it’s snowing. Especially if it's snowing. For me, there's something about firing up the flames in the cold. Some people disagree, like say, the girl at the Uhaul store where I get my propane tank filled.

So last night I was grilling burgers and veggie packets. It wasn't snowing but it was cold and rainy and I had to laugh when I noticed I still had my light saber in my belt loop. Having just survived another epic battle with my five-year old son down the hallway, it seemed like these days my dad duties are all over the galaxy. Just another work/school night in the household. 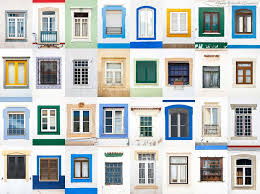 I brought in the packets and came back to toast the buns on the grill. I had a minute so I wandered out to the driveway. The street was quiet and slick from the rain. I turned to the front window of our house and caught a glimpse of my son performing his newest chore: setting the dinner table. I walked closer for a better view. To anyone outside, I was a man with a light saber standing in the cold staring at his own house. And yeah, that was half of it. But I was a man (with a light saber) taking in his good fortune.

I saw a little boy carefully placing the napkins and silverware, his little lips moving with a song or thought. I saw the pictures spanning the wall, tiny moments captured in time, held like specimens behind glass. I saw my wife, walking into the room, explaining a custom or memory with a smile, the boy's eyes going bright with wonder. I saw our two dogs, cozying up under the table where they might score a bite.

Without sound or distraction, I peered through my own window at what otherwise was lost in the shuffle. I was a step removed from a scene in the movie that is my life. I smiled, watching these characters I might take for granted. And it really was that simple. Time and Family. This. The good fortune to have the means to live in a house, no matter how modest, and to share a meal on a Monday. But perhaps what made it so special was that I could turn away and walk straight into that scene, take my place at that second table with two people I cherished. What a lucky guy.

So here’s to gray, gloomy Monday nights. To grilling with light sabers. To realizing luck, fate, and that glowing fortune framed in the window. To having no idea where the time went but knowing it was spent well.

Although I did burn the buns….

This post is in response to Irene Waters’ blog post, High School Graduation: Times Past. And at Charli Mills' Carrot Ranch, here. I was part of what the MTV, or Boomerang Generation. Makes sense...

My senior year in high school was lost in a cross-country move. Friends, classes, proms, senior plans, ceremonies, and thankfully, senior pictures. All of it was lost back in 1992.

It began that summer when my dad took a job in Texas. Ii may as well have been Mars. Give it a chance, was the mantra that summer. My dad kept saying it as we loaded up and began the 1,400-mile journey. It was just the two of us in that rig of a moving truck--packed to the gills with our every rattling possession. My stepmom and little sister followed behind with the pets.

Against it all, I arrived at New Braunfels High School on a blazing hot Texas day. It was August for crying out loud, and I was, feeling like a lousy freshman, a new face in the halls as all the other seniors were cruising through classes with easy smiles and big plans. Socially awkward and shy, still sixteen and about as mature as a fetus, I didn’t make it long. I asked to go back. I begged to go back. And by Thanksgiving, my father caved. I could go live with my mother in Virginia.

A bittersweet moment, I’ll never forget that predawn trip to a San Antonio Greyhound station. The vast, black silence that sat like a passenger between us as we parked. I knew how much it hurt him, for years we'd been inseparable. Now it was coming to an end as the morning sun stretched over the Texas landscape. I think we both knew that bus would put more than miles between us.

My head against the window, a dull brown autumn landscape scraping past. Through chimney smoke and Appalachian fog, the bus wound its way to Virginia. Change came over me, and as hard as it had been to leave my dad behind, it was a buzzing anticipation that kept me wide awake for the entire thirty-hour ride.

Now her age, I can only imagine that collision of a lifestyle change for my mom when I moved in. A single mother to my eight-year old half brother, she worked nights and swing shifts as an emergency room nurse. She didn’t have the time, energy, or resources to deal with my comeback tour. I was free to run amok.

Amok I ran. I caught up with all the friends I’d left behind. I partied. I got in trouble. I reveled in good old, grunge-fashioned, Pearl Jam angst. And returning home in the middle of the school year, it was easy to get lost the shuffle. There was no cap and gown. Only bad decisions. Only suspensions.

Math was forgotten. Spanish was dropped as the curriculum was resettled. I took gym class, again. With such a light load it was easy to keep my grades intact. I drifted, right up until late in the second semester, when a fatigued assistant principal--a man to whom I own my sincerest apologies--noticed that my grades were just fine and you know, it might benefit us all if I simply stayed gone until exams. Just go.

To be honest, anything I learned that year came from those long days with my feet up on the couch, lost in the turn of the page, the house completely still as I discovered that suspension time was great for plowing through required reading. Steinbeck’s Of Mice and Men and Tortilla Flat. Richard Wright’s Black Boy and Native Son.

When I returned for exams, my American Lit teacher pulled me aside and tried to get through to me. Small college was an option. Community college. I had potential, she said, pointing out that Native Son and Brave New World weren't required reading. I shrugged it off, pouting, looking to the floor, the cinder-block walls, anywhere but to those code-cracking eyes of hers. She was trying, but I was too far gone. I wasn’t college material. I was sharing a bunk bed with an eight-year-old.

Graduation came and went. On the following Monday, I pulled into the school parking lot, left the car running and bounded the steps with youthful invincibility. I strolled into the lobby, soles slapping as I passed empty classrooms, a few teachers here and there, whistling show tunes as they boxed up their things.

At the admin office, I stated my name and, duh, why I was there. After some searching, the receptionist returned with a leatherette folder. I checked the name, that the card stock paper indeed stated that I’d successfully completed the required courses for graduation. Then I slapped it shut, spun off, and walked to my car where I promptly pitched it to the backseat.

Another sentiment lost on me.

The other day I was standing in line at the bank waiting to deposit a check. Off to the side there was this little boy, maybe three, hopping along a row of padded chairs. He was having a blast, giggling and drooling and content with his own game as his mother, I presume, was with the teller.

Judging by the relaxed look on Mom's face, she was enjoying her mini vacation. Dad was in charge of the kid. And the kid's hopping was quickly turning into leaping. Dad stepped in, nicely, trying to get things under control. He was quickly steamrolled.

The kid got back to his game. Poor Dad shuffled his feet and looked around, maybe for help or reinforcements, an instruction manual, some sort of guidance as people applied for mortgages and fought off pesky overdraft charges. The kid added some song to his game of leap chairs.

Finally, Dad asserted himself. He took a seat in one of the chairs, cutting the kid off mid-hop. Kid wasn’t having it. He pointed to the floor. “Off, Daddy,” he said with practiced authority. Dad got up.

I smiled. Because I’ve been there before.

The kid got hopping again. Dad glanced over to the counter before trying to corral the kid. He picked the kid up, tried the helicopter maneuver that i know from experience should not be attempted after a meal. One time around and the kid let go with a wail. He threw his hat on the floor and pointed to the chairs.

Dad tried, okay? He pointed out the window, Look, a truck! A car! A tree! But the kid only wanted his four-seater jungle gym. More climbing, more failed attempts to play the sitting game. Finally, I was called over to deposit my check. When I was finished, Dad had gone with the nuclear option. He and the kid sat together on the chair, watching a video on Daddy’s phone.

It was a valiant effort, Dad.

It’s hard to be fun dad and stern dad. Sometimes the fun gets too fun and a cute wrestling match turns into a cage match and things spiral out of control. A sudden shift of gears usually has bad results. I know because I've been having dilemma since the kid turned one and began manipulating me.

My kid knows when I’m bluffing. And maybe worse, he knows that I’m a sucker…

We can’t be silly all of the time. Even if being silly is my default setting. It's declaring those silly times and serious times that's hard for us. My son is not quite five, and even if he is a bright little guy he doesn't understand yet that there are times for silliness and times for well, banking.

I’ve seen him at school, where the structure does him well. And sometimes I come home from work and he's coloring or even looking through a book and he sees me and suddenly it's a good idea to stick out his tongue or gouge my eyes out or maybe just hit me over the head with his sword. (I'm kidding of course--he'd never stick out his tongue at me). I'll ask Mom if he's been like this all day and she'll give me little smile and that look that means, Would it make you feel better if I lied?

So we have fun. Only sometimes the fun gets out of hand. It’s stopping the fun, or reigning in the fun that I’m no good at. I mean, who wants to be the party pooper. Ha Poop! No seriously. I need to be mature about this...

Lately I’ve been trying to sneak in some teaching moments to go with the chaos. He’s beginning to read, so we implement letters and sounds with our silly songs. I don’t so much mind if he makes poop jokes, so long as he can spell them.