Pickle Snort and Other Troubles…


My son and I play this game where we hunt down monsters. The monsters might be at the end of dark hallway...or maybe between the bushes in the front yard...sometimes in the basement. Wherever they lurk it’s our job to draw them out. These guys have many names. Names like Slogwart or Zooglob, or Gloopity-Goo. Names not in the census. And boy do they get angry when we call them other names. 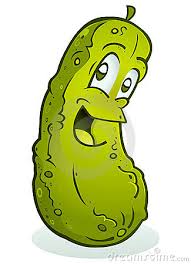 Other names like Pickle Snort, and Pea brain. Maybe Doggy Poo or Cat Breath. Whatever it takes to make a monster reveal himself so that we can zap him with our laser blasters.

The only problem is that my kid is not yet five and apparently unable to differentiate when he’s supposed to turn off all the Gloopity-Goo talk.

The other day he said poop at school. And while poop is not the end of the world, it’s come to my attention that poop is on the words-not-to-say list at preschool.

So yeah, bad Dad. (Can we say bad?) But where my wife is good at teaching games, telling those soothing stories before bed and knowing just what to say to draw out long conversations about feelings to get the most out of every interaction with our child, I’m good at poop jokes. Slapstick. Running into walls.

It’s what we do. We laugh and play and yeah, we make up words. We chase monsters and play secret agent spies and clown around. I don’t have a lesson plan, I have fun.

That being said, the other day, we’re eating breakfast and I look over and my kid calls me a poop butt, only he says it in such an affectionate way that… well I guess you just had to be there. Anyway, I go to reprimand him but he beats me to it. He says, “I know I can’t say that at school.”


I nodded. Because yeah, I know he can’t say it at school. And I need to be more thoughtful of our time together. But watching him make up monsters and land on the moon and tromp around our front yard to chase made up lifeforms around trees, well, I gotta say, things could be worse than a few “naughty” words.
Posted by Pete at 9:35 AM 1 comment: