We're always saying how time moves so much slower when you're a kid. When you get to be an adult everything speeds up and the years go swooshing by. Yeah, I suppose,but in some ways maybe not. Think about it, for a kid, every day is one action-packed with rapid growth and development. Change comes hurling itself at them by the hour. Where I'm rigid and set in my ways, my son is still malleable—at least until it comes to lunch options... 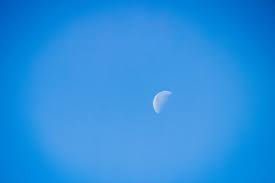 For instance, my son and I had this routine, every Saturday I’d pack up the car with recycling then drive across the lot to the Re-Store. There, we’d check out all the junk, the new arrivals, whatever caught out eye. It got to the point that all the guys there new us. And we found all sorts of stuff. I wrote about it here.

I found myself looking forward to those Saturday mornings. The two of us bonding over all things discarded. Pipes, paint, rusty old tools. It didn’t matter what we found, we were hanging.

But then one Saturday  it stopped. He didn’t want to go. He didn’t care to buy any junk with Dad. I couldn’t believe it. I think Mom was relieved.

I blame Star Wars. Once he saw the power of the force, those old trinkets didn't seem so earth-shattering.

Last summer, same thing. All he wanted to do was play baseball in the front yard. I got him a bat and ball and glove and even these little bases and we pitched whiffle balls and stayed out until dark and I think I may have gotten a teeny bit too caught up with being a kid and maybe-just-maybe had too much fun with it all. But it was great. And then it stopped.

We started hanging in the basement. Guy time. I’d play old records and we fixed up a clubhouse under the steps. Those were some good times. I wrote about it here. But now? Nope. No basement, no clubhouse.

But seriously. My kid is changing by the day. He's getting older and wiser and bigger and stronger. Me? Not so much. It takes me longer to switch gears. Maybe I just have trouble with change. I still like playing old jazz records in the basement but there will come a time (like now, you're probably thinking) that that might not be so cool.

But it’s okay. We all have to change. I mean, I can’t go to his first day at kindergarten with him in a stroller, right? He’s growing. And the important thing is that I’m enjoying watching him live and learn and grow. I have to enjoy these phases and moments for what they’re worth, because at least were together. And then comes along a day like yesterday, where we found an old used soccer ball and then stopped off for a kite. We had the park all to ourselves and the sky was blue and perfect and I'm out there, my hands on my head, watching this kid tearing across the field, pulling a kite along. And I'm just laughing like a maniac because it's just such a moment. It's like a gust of wind came along and swept me away.

Later still he's in my arms. We're in the driveway. He's got a stick in his hand, pretending to be Yoda. I point up and we stare at the moon. He falls into me and we watch a jet silently make its way across the sky. It last only seconds, but I'm squeezing the crap out of those seconds. Because it’s scary to think how one day soon all these moments will be like one big scrap book in my head. And then he’ll be grown, and these days will be gone completely.