I think we all want to protect our kids, to teach them right from wrong and hope our lessons stick. We lead by example. We monitor what they watch or how much they watch it. We hover and direct and guide and nourish. But there’s only so much we can do, right? 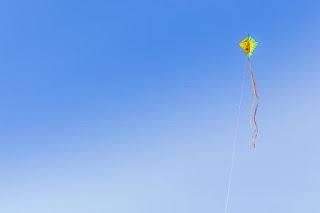 As a first grader, my kid is learning all sorts of new tricks. He’s reading on a high-level, doing his homework and even writing his own books. He’s hoping to have a book published on the same day mine is set to be published. That way we can celebrate together.

His behavior is … well, tricky. Mostly he’s fine. He throws the occasional fit and has the occasional bad day at school. Sometimes he'll ask me about a movie he’s hearing about on the playground. Apparently some of these first-graders are watching Chucky or It or at least pretending to have watched them.

He’s also finding out all sorts of new “cursive words” as they’re called in our house. Words like jerk or suck or his favorite saying, Shut your piehole.

Yeah, I know. I shouldn’t let him go around talking like that. And I don't. I mean, it’s rude and disrespectful and he knows that. Yet, part of me goes all warm in the chest, thinking how well I'm doing. I mean, cursive words. How cute, right?

Fast forward. He's in school. In class, sitting on the carpet as the kids are doing some sort of group activity. The teacher is well, teaching, while my son, by his own admission, isn’t exactly paying attention (say what you will about him but he is honest).

From what he’s told me, here’s what happened:

My kid leaned over to his friend, a friend we’ll call Bryan. My kid said, “Hey, want to hear the naughtiest word in the world?”

Bryan nodded, because of course he did. I imagine his lips curling into a sly grin, eyes gleaming at the opportunity to add to his arsenal. My kid took a quick, not-so-discreet peek around, then unleashed his filth.

I imagine my kid was awfully proud of himself, having acquired such a filthy vernacular at such a young age. Yep, I expect he sat back, thinking, Taught you something there, didn’t I?

At least until Bryan, without missing a beat, deadpanned, “No it’s not, it’s mother f****er.”

Yeah. I know, right? I would've laughed if I wasn't watching my only kid’s innocence drift off into the sky like a runaway kite.

When he recounted this story to me, he must have seen my eyes bug out of my head. I tried to recover, but, I mean how?

Eventually we got things squared away. He knows the word but doesn't use it, (although he does tell me when he's thinking about "Bryan's word"). It's the nuclear option, something we don’t say in our house. We’re good, so I thought, until he approached me the other day, stumped while writing a scene, pondering his artistic liberties.

He tapped the pen to his cheek. “Dad, I have some real naughty ghosts in this story. Can they use that word, the one Bryan—”

Hey, I could've told him to shut his piehole.