Ten days until the cast comes off. And boy are we counting down the minutes.

My apologies. It’s been a long month in our house. Ever since my son wrecked his bike and broke his leg (yes, broke, I still can’t believe it) only three days into Kindergarten we’ve been in some sort of weird holding pattern. Or healing pattern. 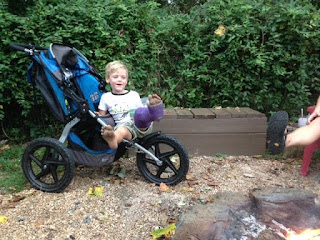 So many times I started to write about it but couldn't. Maybe because of the guilt. I feel mostly responsible. Short story: he was in his pajamas, all ready for bed when the neighbors came walking down the street. It was dusk, and he bolted outside and wanted to ride his bike (re: showoff for the older kids). I knew he was exhausted, that he was rushing and it probably wasn't a good idea. And yet, I told him okay, go get your helmet. He got on his bike, rode out the driveway as he's done so many times. I was telling him to lookout for traffic when the handlebars wiggled, wiggled some more, and I could only watch from two car lengths away as the bike folded. It's not a night I want to remember...

I feel bad for the kid, I mean, he broke his leg. But now, as he's come along, gotten comfortable, scooting up and down the hallway, we’ve become more like his personal servants than parents.

I'm pretty sure the other day he added a "chop chop" to a milk request. It appears we have some bad habits to break. Like watching so much TV and eating breakfast on the couch. For a kid who climbs trees, runs around the yard, and never sits still, it’s been an adjustment. But still, chop chop? Even a sucker like me has limits. 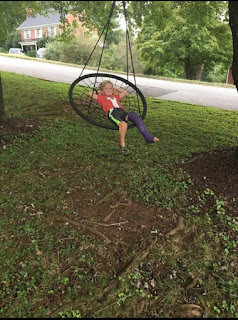 So we’re ready. We are are oh so ready to get this thing off. And it just may do so all on its own. It's coming apart at the heel, the vibrant purple color has dulled and faded and I'm fairly certain that if we didn’t have a date to cut the cast off, it would disintegrate.

And speaking of disintegrate. The smell. The smell of feet, of old, wet, dirty, whatever is going on in the depths of that thing. Baths are tricky, we've been dipping his head in the sink to wash his hands, flipping him around to get, uh, other areas clean. But the boy could use a good soaking.

As a parent, this was one of my worst nightmares. I was actually sort of a basket case for the first twenty-four hours, at least until the doctor put me at ease. Casting wasn't so easy. Our kid wasn't exactly ready to sit still, but who could blame him, we've been remarkably lucky healthwise up until this...

But it hasn’t been all that bad. Bad? Yes, of course, but it’s been a learning experience. Sure, the little guy gets frustrated. Angry. Cries at times, but you know what, other times he’s gotten creative, learned new ways to accomplish his tasks (even if it means manipulating Daddy), and kept on making us smile.

So here’s to ten days.