After 633 days without a haircut, my kid was rocking some serious locks. On some days, it would curl up and look really cute and my wife and I couldn’t bear the thought of cutting it. Other days we would look at each other, both of us knowing that social services may be watching.
But we wanted to hold off until he was two. I don’t know why, but that was the plan. What was the rush anyway? It wasn’t like he had an impending job interview or something.

But last Sunday, for whatever reason, I said something about getting it cut and my wife finally relented. I’d been ready to just grab the scissors and a bowl and go to work, but my wife thought that might not be a good idea.  So we hopped in the car, heading for the mall. 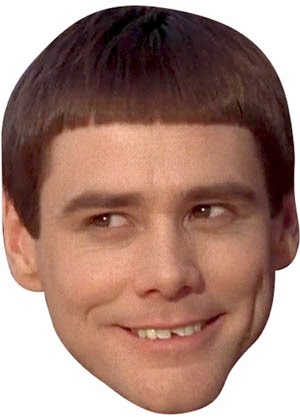 Being almost forty, I tried to remember the last time I got my haircut at the mall. Pretty sure it was in the eighties and I told the girl to cut the sides but leave the back long. The result was one pretty sweet mullet.

We strolled in to the first place. Okay, I strolled in. My wife started crying. Right then I knew we were in for an experience. And boy was it.

The really nice girl took our name. The other girls looked at my son and did that Awwwe thing. He just nibbled away at his goldfish, clueless as to what was coming. So were we.

When our name was called the light poppy music skipped to a halt, replaced by the sinister moan of an organ. Then, from the dark recesses of the store emerged a figure...

She came for us slowly, cloaked in black. Her steps clicked like a timer as she set her eyes on my poor little son. She ran her broom across the floor, a deep scowl etched in her face as she nodded for us to put the boy in the chair. For reasons I'll never know, I did as she asked. We flinched as she slung a cape over his tiny shoulders. Then, with the first hint of a smile, she ran a finger across her weapons scissors.

There he sat, like a lamb for the slaughter. The Butcher began her work, speaking in tongues--a horrid mixture of baby talk and scolding. I looked at my wife. What had we done? 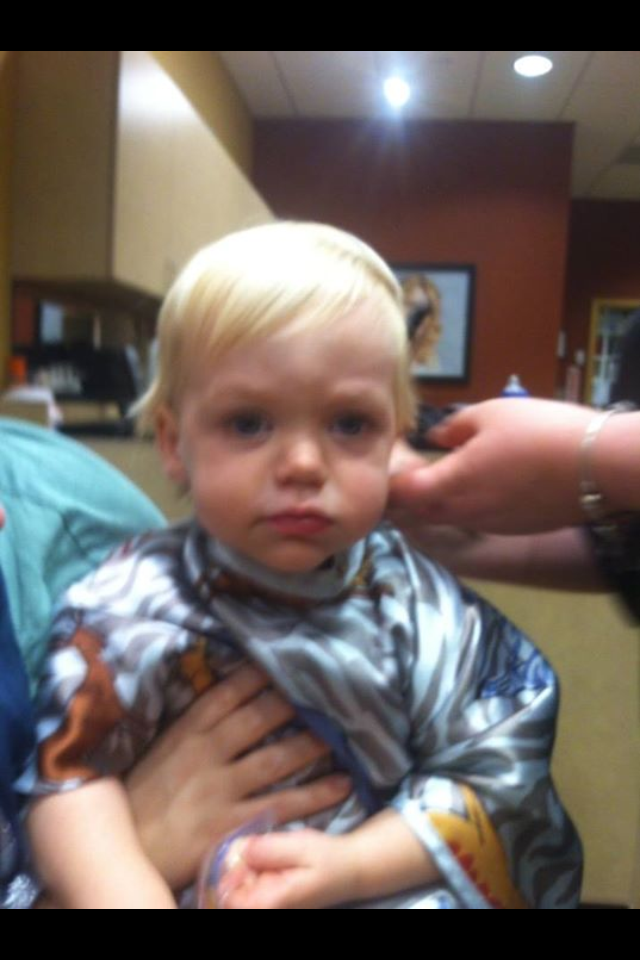 Look, I get it, I can see how it could be frustrating to get a little toddler in the chair who won’t sit still. That being said, when you hit him with the blast of hot air from the blow dryer and he jumps like it’s a flame thrower, you may not want to do it again. And again.

But The Butcher pressed on, only stopping to moan or sigh because the  small child in her chair was, you know, moving around. She even got a little stern, grimacing and sighing, all the while hacking away with the sheers. It was a bad, bad time.

Finally my wife waved her hand. She’d had enough. She took the kid and muttered something to the effect of YOU BETTER NOT TIP HER. I didn’t. Frankly I was surprised they charged us..

The Butcher stuffed the clippings into a happy Baby’s First Haircut envelope. We pretended nothing happened. I thanked her….awkwardly…for just…you know…okay bye.

We hit the mall in search of another salon, my wife marching like a storm trooper shaking her head. People pointed and laughed at the kid with the funny haircut.

Then, like a shining beacon we found hope. We entered another salon. After a few gasps at the sight of our child, (somebody mentioned that pets were't allowed), they promised to help the best that they could. The next girl was llike and angel. She spoke in soft tones. She was friendly. She had this refreshing habit of smiling. And Simon behaved, for the most part. He sat and she worked her magic and the result is that after two haircuts and thirty bucks, he looks like a boy.

I still say the bowl would have worked. Because for me it was just hair, I didn't get it. But to my wife it was so much more. With the crying and all, she was clinging to that hair like a memory of her baby. But he’s no longer our baby, he’s a little boy. 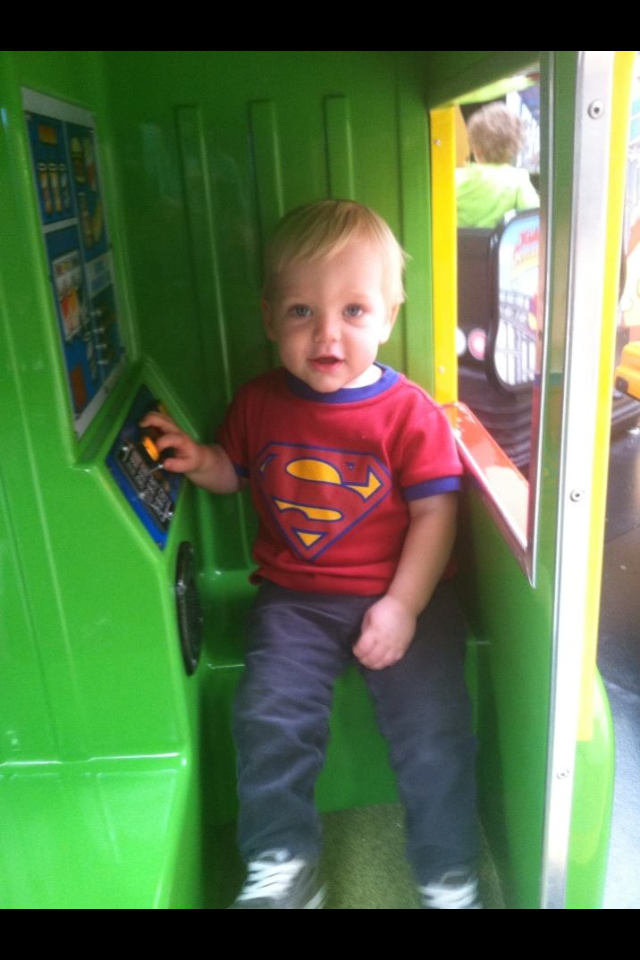 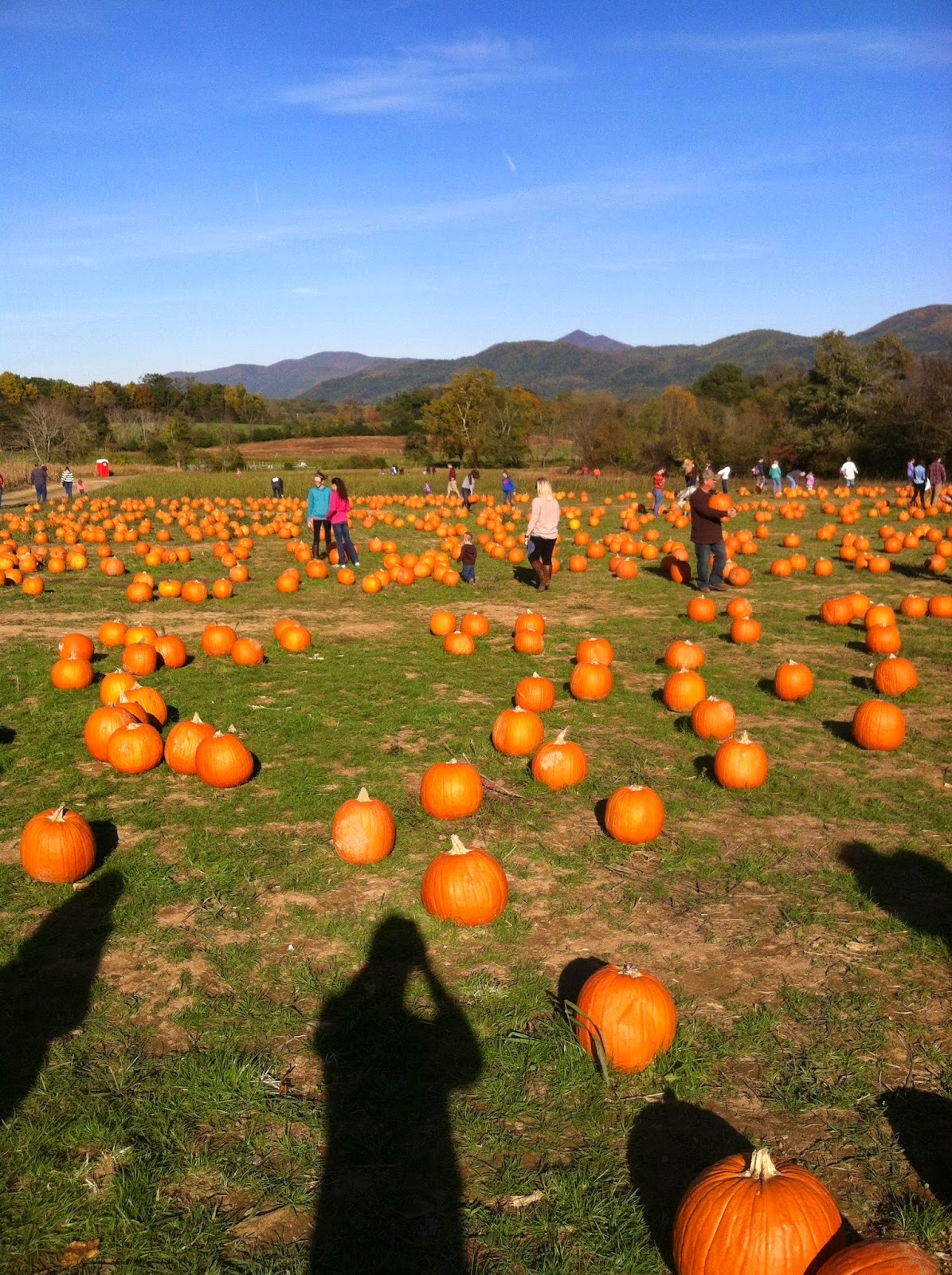 We’re sitting at a stoplight, somewhere along the rural countryside. My small family is on its way to the pumpkin patch and the day is gorgeous. Fall is in full swing, to my right is a breathtaking view of the mountains, littered with colorful foliage and crisp blue ridges.

Also breathtaking is my son’s epic fit in the back seat, littered with ear twisting screams that make you question the day you ever even thought about being a parent. It appears that he’s unhappy with something back there in first class and he’s letting the surrounding county know about it. He tugs on his car seat strap, his face smushed up and maroon as the maple leaves with determination.

I try to soothe him but he only shakes his head, his long hair swinging because my wife won't budge on the haircut issue.


I turn back to the steering wheel, trying to ride it out, wondering how other parents are able to get their children in a car for family trips. They always look so happy in the facebook pictures, everyone laughing, singing songs and enjoying life like a gum commercial the whole way across the countryside.

The light turns green and we’re off. My wife talks our son down from the ledge. A mile later he is giggling and happy. So teeters the life of a toddler. 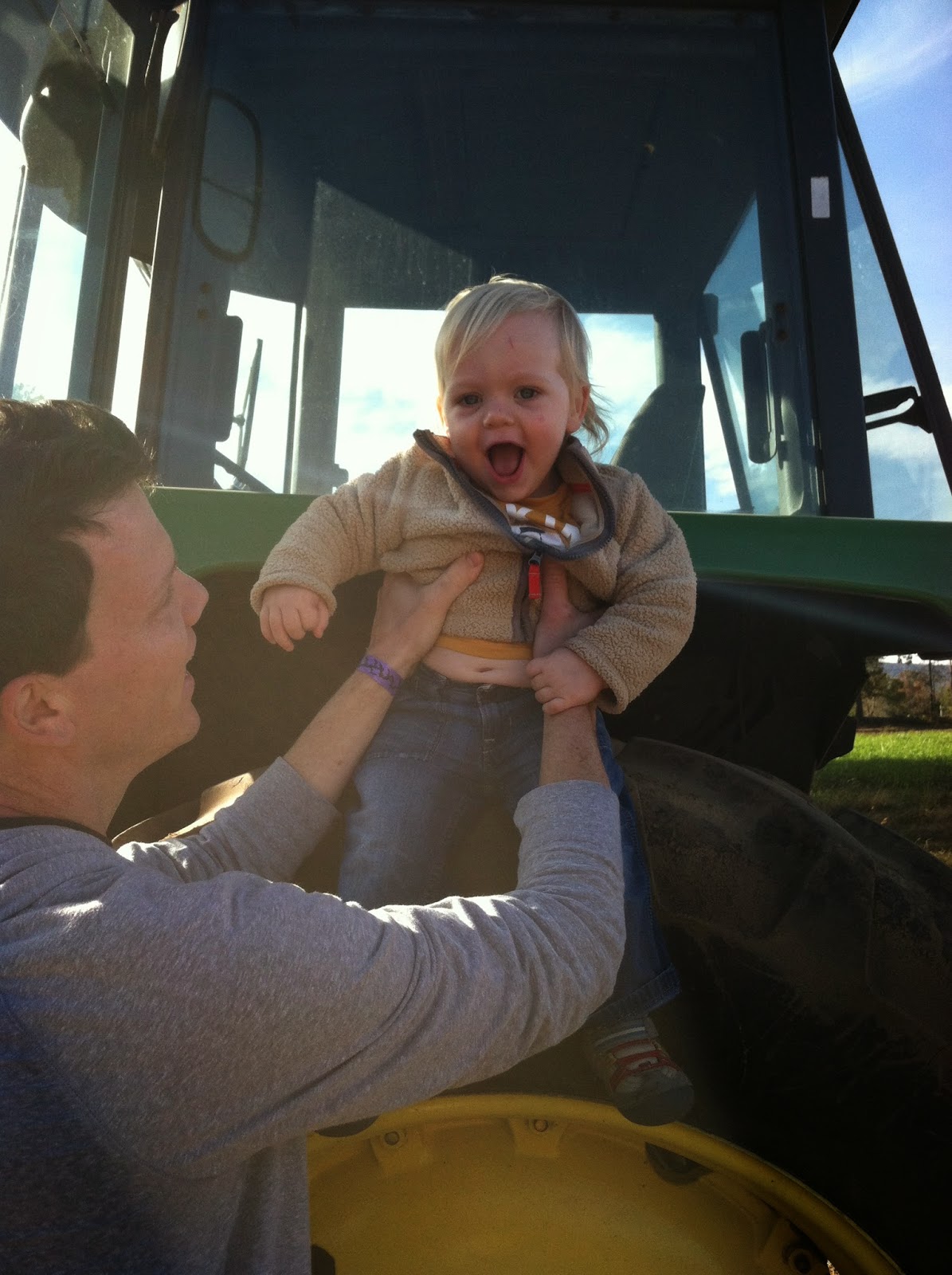 The trip itself was worth the screaming. We arrived at the pumpkin patch and corn maize, settled just beneath the Blue Ridge Mountains, just as a rather low flying plane circled above (and by low flying I mean that the pilot had some jelly in his mustache). Like most toddlers, my kid is all about planes right now, so that was just an added bonus (at least when I realized that no, he wasn't going to crash).

We pet some farm animals, went on a tractor ride, and of course did the pumpkin picking. It was pretty amazing watching him interact with other kids, and both my wife and I noticed a bit of shyness coming from our normally gregarious little guy.

Next was the corn maize. We didn't last long, and instead meandered around for a bit, taking pictures and running into some friends. Between all the lifting--kid and pumpkins--my arms are still a little sore. All part of the experience, I suppose. Overall it was a great time. Just those two fits on the way up and back. But those moments are just part of the game, so I’m told.

We get lots of warnings these days, from friends and family. And not all of them pertain to the kid, some of it is for us. People tell us not to lose focus of our marriage, which, after having leftovers last night, the sound of the vacuum serenading us as we watched our son play on the floor, I guess I can see how romance can take a back seat.

But I wouldn’t change a thing about my home life. My little family is imperfect and wonderful. I can sacrifice things that don’t matter. I can deal with missing a football game because my kid wants to play or getting up at the crack of dawn because our little rooster is roosting. And just when I think it’s too much, that I just want some time to myself or I'm sulking with worry about things in the world that can't be changed, that's when I hear it. The pitter patter of a barefeet hit the floor.

I look up to find a bare naked toddler barreling down the hallway, having busted loose from the clutches of his Mom's lotion hands. I bend down, holding out my arms. He scoots down the hall, beaming and squealing, glancing back to his room before giggling with glee from his narrow escape from clothes. He hits me in stride, falling into me for a hug and then looking to me with gratitude.

At the other end of the hall is his Mom. My wife, my closest friend and the woman who accepts me for all my faults. She hears all my worrying and deals with my own irrational stoplight temper tantrums and ugly moments that I don’t post on facebook.

Yep, this is my life, I think, smiling and hugging my son. And yep, it's all worth it...

Just me and the dude yesterday. I picked him up after work as my wife had PTA meetings after school.

Let’s see, with the rain we were stuck inside, but that's okay, we made do. There was some vacuuming, some playing in the car, some Curious George, and some climbing on the couch. And then there was hockey, sort of…

For those of you out there unfamiliar with naked hockey, it’s something to behold. Maybe not the Miracle on ice, considering it was on the hardwood floors of our hallway, but it was right up there.
This was a one man game, as my son, stripped and bare and just before bath time, grabbed his stick—er, hockey stick, and with a strike, he drilled the puck down the hallway. And naked or not, he’s got quite the slap shot.

He’s a kid with little to hide, he’s out there bearing it all for the world, or for me and the dogs, to see. It’s impressive, his hand eye coordination, his determination, his refusal to wear a diaper.

The only thing he had to fear was the dog’s nose finding his rear, and that was more of just a mere distraction. After a quick intermission (a bath), he was right out in the hallway looking for that puck again.


I called it a game when he stopped, dropped the stick and just started peeing on the floor without so much as an “Uh-Oh” That’s when it was time for a diaper. Luckily, Mom came home from her PTA meeting shortly after and order was restored.

After getting him all ready for bed, he snuggled his head on her chest, and right before my eyes Daddy's naked madman hockey player became Mommy's little boy. Then he slept through the night, or until 6 am, which these days is like an extended check out at our house...
Posted by Pete at 10:04 AM No comments:

From the Good News Network:

The Utah Jazz signed 5 year old JP Gibson, who is suffering from leukemia, to a one-day contract and brought him on the court to play with the big boys.